“Creating Alutiiq language resources for youth is an important part of preserving our language. Alutiiq has always primarily been a spoken language, and these apps allow language learners of all ages to hear spoken words and practise pronunciation.” 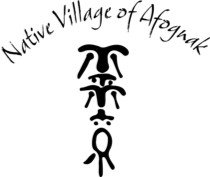 The Alutiiq Museum and Native Village of Afognak have released an app version of the Alutiiq language children’s book Cestun lla et’a?

Written by Gayla Pedersen, narrated by Alisha Drabek, and illustrated by Sandee Drabek, Cestun lla et’a? is the story of a child learning about seasons and weather from his grandmother.

The people of Native Village of Afognak are the descendants of the original Alutiiq inhabitants of the village of Ag’waneq, which was located on the island of Afognak, three miles off the shore of Kodiak Island in Alaska. The Alutiiq people have inhabited the Kodiak Archipelago for more than 7,500 years.

The app demonstrates  how interactive digital story telling can be used as an educational tool for language revival.