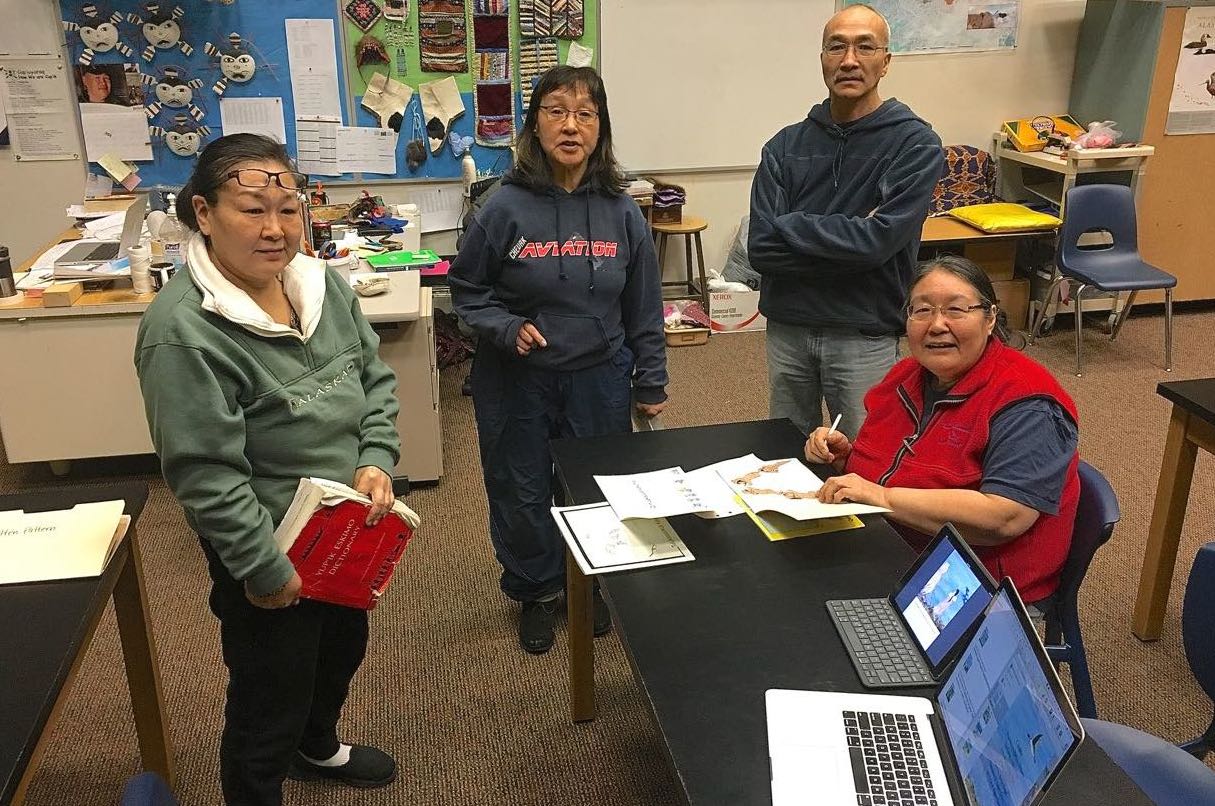 Arnaq Tunucillek-llu (The Young Lady and the Loon) was created by students and teachers from the village of Chevak in Western Alaska. It is a traditional tale that tells of a mysterious visitor’s supernatural secret and a young lady’s perilous curiosity.

To date, a series of fifteen Cup’ik language digital storybooks featuring interactive multimedia elements have been created and are available free in the App Store. Making these books has been a collaborative effort between the school leadership, students, teachers, the Association of Alaska School Boards, and Kiwa Digital.

“To all those who have been involved in making Cup’ik language books a reality, Quyana Cakneq! (Thank You Very Much!), says Olson”.

Accurately transcribing a traditional story that had only been passed on orally requires a dedicated team of fluent speakers. For the production of the Arnaq Tunucillek-llu, translating the oral story to text and audio required participation of a Cup’ik linguist, an elder fluent in Cup’ik, a narrator fluent in Cup’ik, and a focus group of five Cup’ik speakers to review the final text for precision and correctness. It is a process that can take months to complete.

Lillian Olson, a teacher at Chevak school whose voice appears in many of the books as the narrator and other characters, has worked on the digital book project since it began. To all those who have been involved in making Cup’ik language books a reality, “Quyana Cakneq! (Thank You Very Much!),” says Olson.